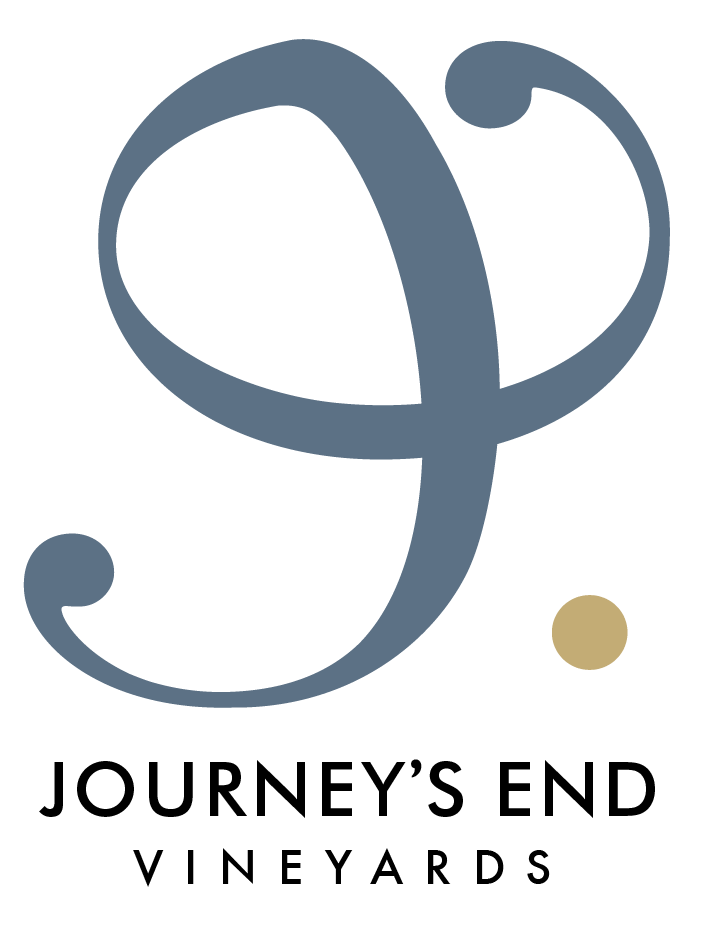 Among the long rolling south-facing slopes of the Stellenbosch winelands, caressed by cool coastal breezes, lies the boutique winery and vineyard, Journey’s End. With only a handful of premium, hand-crafted wines produced here, the focus is very much on quality.

No more than 25,000 dozen bottles of estate wine are produced in a typical vintage – many of which regularly collect trophies on the international circuit. In fact, thanks to its sea-facing slopes, excellent soils and the exceptional wines emerging from the general area, the Schapenberg terroir has begun to draw comparison with the likes of Bordeaux.

In 1995 the Gabb family (originally from Shropshire, UK) took control of this picturesque wine farm surrounded by 20 ha of gorgeous vineyards. They have invested heavily in both the vineyards and the winery since then – with the estate growing to 120 ha by July 2011.

The initial Journey’s End investment was made by Roger Gabb, who, at that time, was Founder and Managing Director of Western Wines. Following the sale of Western Wines to Constellation brands in 2006, the family turned their focus to their estate, Journey’s End. Upon taking the helm in 2007, Roger’s son Rollo has since invested further into the estate through vineyard purchases and infrastructure.

In February 2010, Journey’s End completed work on a marvelous, state of the art 350-ton crush winery, set at the heart of the beautiful Journey’s End vineyards, finished with a stunning tasting room and spacious terrace overlooking the nearby coast. While completing the new winery, Journey’s End successfully acquired neighbouring Mount Rozier Estate, along with 45 ha of prime, south-facing vineyard. Along with all the other renovations, a very modern 350-ton cellar provides winemakers, Leon Esterhuizen and Mike Dawson, with all they need to produce the highest-quality wines. This expansion follows successful growth for Journey’s End in the UK as well as the European, African and Asian markets.

The family’s philosophy is one of minimum intervention. The aim of which is to create top-quality, single-vineyard and appellation wines that intricately integrate the tension between remaining true to the terroir, and finding their own unique expression of it.

The community of Sir Lowry’s Pass Village was traditionally neglected as the South African Government and charities have been focussing on the larger areas of Nomzamo and Khayelitsha. Our aim therefore is to focus on uplifting a community plagued by low socioeconomic conditions and worsening hunger. Resources are channelled into the community through the local church and we work closely with Pastors Johnny Clink and Leister Allies
to improve conditions and opportunity. We also support the local school and creche, and in 2020 set up The Journey’s End Foundation, which now provides over 13,000 meals per week to the community.

The Gabbs are entirely committed to being environmentally sustainable and socially responsible. Those behind Journey’s End have a keen eye on the sustainable and ethical production of their premium wine. There is a tangible and deep respect for the environment, clearly apparent in farming practices that are integrated as closely to nature as is possible. As well as being WEITA, IPW and BWI accredited, Journey’s End converted to Solar power in 2014 and the farm became fully Fairtrade certified from April 2017.

In December 2020, Journey’s End was awarded The Ethical Company of the Year by The Drinks Business Green Awards, recognising sustainable and ethical farming practices, as well as The Journey’s End Foundation’s commitment to supporting the local community.

Only the very best French and American oak is used to add complexity and elegance to our wines. 2013 and 2015 saw the purchase of some excellent new vineyard sites and further plantings of Sauvignon Blanc, Viognier, Malbec and Petit Verdot. There is a buzz of excitement at the prospect of these varietals adding even further depth to Journey’s End’s range.

2010 saw the release of two super premium wines: ‘The Cape Doctor’ – named after the South Easterly wind that cools our vineyards, and ‘Destination’ – the pinnacle of our white winemaking. 2015 was an important year for Journey’s End, who not only acquired 3 new team members, but also ‘The Griffin’ Syrah,
the newest addition to their diverse range.

It’s Only the Beginning

Plans for the future include the installation of bottling facilities and the building of a warehouse, barrel store and special venue for private tastings.

The stylish new tasting centre, glassed on three sides, overlooks the barrel cellar whilst fully embracing the untrammelled beauty of the panoramic vista. The décor is elegantly minimalist and chic, and the centre spills out onto a spacious terrace, offering spectacular views of mountains, vineyards and False Bay – all the way across to Cape Point.

Welcome to our online shop

* If you are not in South Africa you will be redirected to the Home page. Sorry for the inconvenience